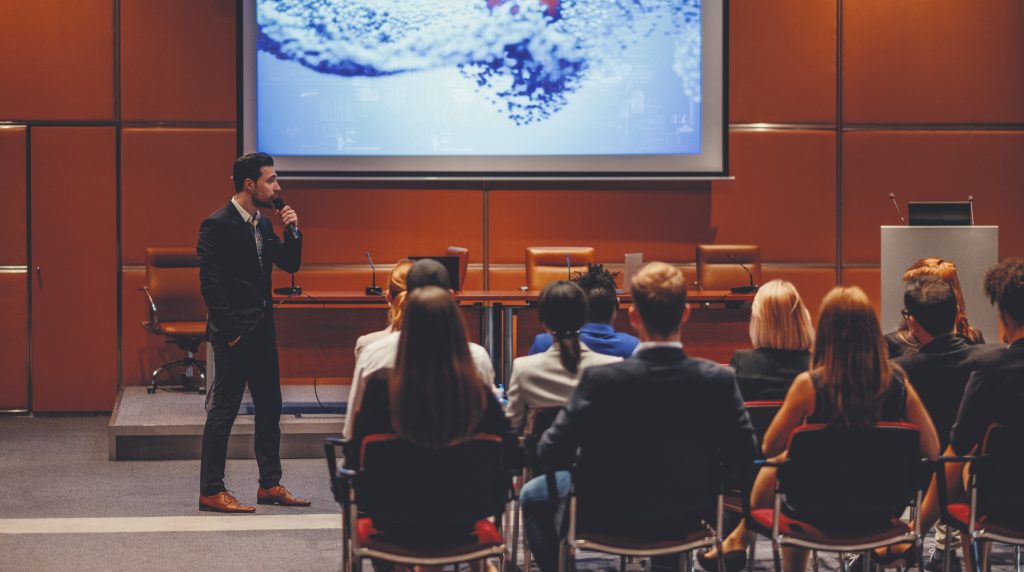 Takeaway: Blockchain and DLT have reached government awareness, and legislation is getting ready for it.

The conference was opened by Martin Docherty-Hughes, MP, chair of the All Party Parliamentary Group on blockchain. He emphasized that blockchain needs to be “fit for purpose” and highlighted that it creates profound opportunities for industries including the health sector. Dr. Roger Koranteng, head of public sector governance, The [British] Commonwealth, also highlighted the need for the government to adapt to blockchain and its importance with respect to integrity in the public sector. Dr. Arif Alvi, president of Pakistan, shared his positive view on blockchain and delved into how it can serve the “greater benefit of society.”

Economic Secretary to the HM Treasury, Rt Hon John Glen MP, emphasized that “we have to act quickly in order to harness the benefits of the market.” The government wants to contribute to DLT in financial markets as it can make market processes more efficient, bolster resilience, reduce transactional risk and improve transparency. However, existing frameworks need to adapt to seize the opportunity as they haven’t been designed with DLT in mind.

Within the Commonwealth, the government is currently adapting their legal framework to enable the use of blockchain and smart contracts. Professor Sarah Green of the Law Commission of England and Wales, acknowledged that “blockchain tech has altered the commercial landscape in a way that we have never seen before.” However, she emphasized that the law isn’t clear or certain on legal rights when it comes to the transaction of smart contracts. Nonetheless, common law can accommodate smart contracts without too much adjustment as the current law is flexible enough to adapt to them. Hence, as Chris Holmes, member of the UK House of Lords, also mentioned in his closing speech, “blockchain is no longer an ‘emerging’ technology: It has already emerged. It is right here, right now.”

Key takeaway: Patient data should be owned by the patient, and not be monetized by intermediaries.

Daniel Uribe, co-founder and CEO of GenoBank.io, presented, on behalf of the lead author Dr. Gisele Waters, advisor to Equideum Health, a paper advocating that every person should have the right to know if their DNA is being sequenced. They propose patient-centered revocable BioNFTs where blockchain is used to verify whether bio samples have been properly authorized by the data owner. To identify which bio samples have been so authorized, they suggest using bloom filters to help monitor consented SNP-based data sets.

While human genomes contain 4-5 million ​​single nucleotide polymorphisms (SNPs), only 96 SNPs of the genome are required to discriminate an individual with 99.59% precision. This allows identifying whether a patient’s information is used, while not exposing their personal data. Thus, the proposed BioNFT is a building block for ethical, decentralized, autonomous organizations in life sciences and AI.

BioNFTs can be used to avoid cases such as the one related to Henrietta Lacks. Lacks died of cancer in 1951, and her cancerous cells were subsequently taken for diagnosis and treatment. Since the cells were able to survive and reproduce, researchers shared them without her consent. They were even recently used for Covid-19 vaccine research – again without consent. Research widely profited from leveraging her cells, and along the way, researchers “repeatedly failed to ask her family for consent as they revealed Lacks’s name publicly, gave her medical records to the media, and even published her cells’ genome online.”

This case highlights how current practices are discriminatory. Instead of the family profiting or having the right to withdraw her personal data, the profit is shifted to the intermediaries. The  Henrietta Lacks case also  “illustrates the racial inequities that are embedded in US research and healthcare systems. Lacks was a Black woman.”

The concept of BioNFTs and Equideum Health’s own mission align well. Both address the fundamental principle that patients should be the owners of their data – not the intermediaries. Thus, it was of no surprise that Dr. Pierre Vigilance, VP of Population Health & Social Impact at Equideum Health, presented on health equity and prompted fruitful discussions among the audience. The health equity movement that is at the heart of Equideum Health, allows us to avoid cases such as Henrietta Lacks in the future. That blockchain makes this feasible was also emphasized by Dr. Alvi who described blockchain as “a technology that allows us to remove the intermediaries and instead trust a distributed ledger.”

Throughout the conference, multiple outstanding research abstracts were presented covering blockchain in the industry as well as legal applications.

The Best Abstract Award went to Dr. Sara Hourani, Senior Lecturer at Middlesex University, for “Blockchain Arbitration: A Forum For Improving Access to Justice?” In her presentation, she highlighted that blockchain can be used for dispute resolution in multiple areas, including cryptocurrency as well as supply chain management. While there is no uniform standard procedure for smart contract arbitration at the moment, dispute resolution, taking place electronically on a blockchain, would allow for more time and cost-efficient processes, while being confidential and secure (immutable) at the same time. While blockchain arbitration has a lot of upsides, security issues in the form of hacks and the prohibition of automated enforcement in some countries are current bottlenecks.

The second prize was shared by Prof. Melissa Appleyard and Matthias Haffner. Professor Appleyard, Associate Dean at Portland State University, discussed “The Role of Interdependencies in Blockchain Adoption: The case of Maritime Trade.” She deep-dived into how Covid broke supply chains and how AI and blockchain can repair them. Mathias Haffner, PhD student and Economist at Swiss Economics/Center for Cryptoeconomics, was awarded for his work on the “Impermanent Loss Conditions – An Analysis of Decentralized Exchange Platforms.” While some automated market maker operators argue that impermanent loss is a “major issue” – he has shown through experiments that only large exchange rate shocks (5-10%) may result in impermanent loss. Considering that these conditions are seldomly met, the impermanent loss issue is less pronounced than stated in other papers.

The third prize was awarded to Dr. Oleksandr Letychevskyi, Head of Department at Glushkov Institute of Cybernetics, who was recognized for the “Creation of a Self-Sustaining Token Economics.” Since there is still a limited number of long-lasting and self-sustaining token economies (tokenomics) due to the lack of real token utility and stakeholders’ motivation to hold, he advocated the use of tokenomics models and algebraic methods for good self-governing tokenomics.

Anna Beer is an applied researcher in computer science and engineering, working for Equideum Health in London, UK.