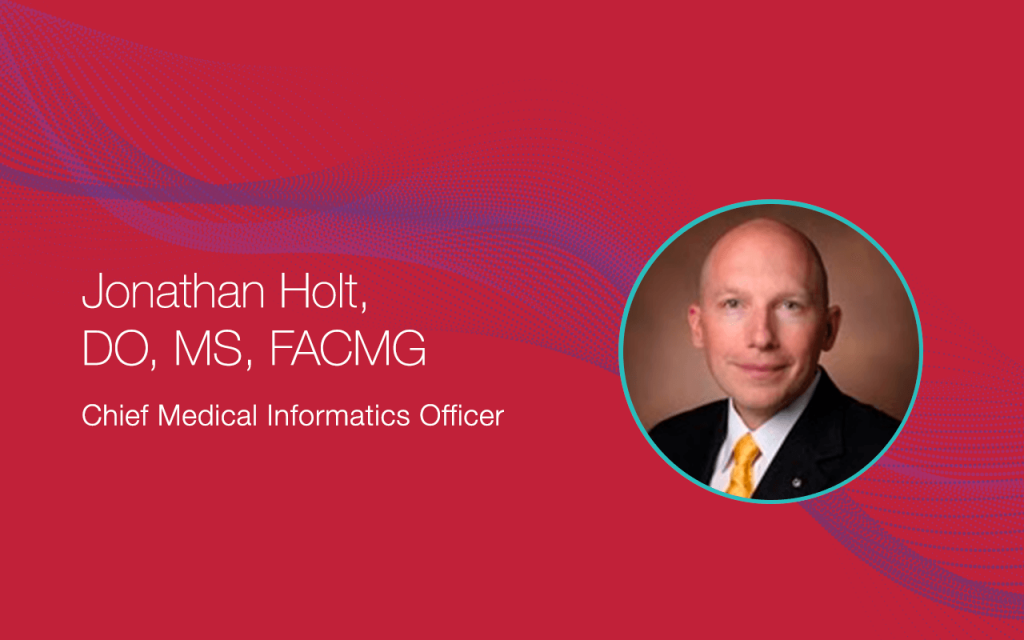 Dr. Holt, a triple board-certified clinician and proficient programmer, will bring a depth and breadth of expertise in genetics, clinical medicine and informatics.

“Dr. Holt is a rare gem.  He is a triple board-certified clinician with deep insights into medical informatics, distributed systems and standards development,” said Heather Leigh Flannery, Founder and Chief Executive Officer of ConsenSys Health. “He has been at the center of the application of blockchain  in healthcare for the past few years, both strategically and through hands-on work.”

Prior to joining ConsenSys Health, Dr. Holt founded TranSendX, which is focused on building cryptographic identity that enables interoperable verifiable credentials.  In addition, he was the Executive Vice President/Chief Medical Officer/Chief Informatics Officer at Seqtech Diagnostics, LLC. In this role, he developed novel bioinformatic algorithms for use in next-generation DNA sequencing to combat cancer and food fraud. He continues to serve SeqTech Diagnostics as Secretary on its board of directors.

“I am really excited to join the team at ConsenSys Health. Blockchain technology in healthcare has reached a critical stage of adoption and this organization is right at the epicenter of it,” said Dr. Holt. “As CMIO, my role will be to wrangle the disperse systems into a cohesive whole and tackle the hard problems facing healthcare.”

Dr. Holt is also a contributor in standards development and has volunteered as a domain expert for the HL7 clinical genomics working group, as well as an invited expert to the World Wide Web Consortium (W3C). He also provides oversight and guidance to the American Board of Medical Specialties (ABMS) Database and Information Technology Advisory Committee (DITAC), representing the American Board of Genetics and Genomics (ABMGG) and contributes to the Artificial Intelligence and Blockchain work groups.

Dr. Holt received his medical degree from the University of New England College of Osteopathic Medicine (DO). He began his residency with a traditional osteopathic rotating internship before completing an Internal Medicine Residency at Kaiser Permanente Medical Center in San Francisco, California, followed by a residency in Clinical Genetics at the University of California at San Francisco.

Dr. Holt holds a master’s degree in biomedical informatics from the Vanderbilt University Medical Center. He is an elected fellow of the American College of Medical Genetics and Genomics and is triple board-certified in Internal Medicine, Clinical Genetics, and Clinical Informatics (American Board of Preventive Medicine).

He is a former faculty member of Stanford University’s Department of Medicine and Vanderbilt University Department of Biomedical Informatics and Medicine, Division of Genetic Medicine.

Dr. Holt is also a proficient programmer and won the BitFiniti prize at the Distributed Health Hackathon hosted at the Nashville Entrepreneur Center. He was also the co-organizer of the DC Blockchain Summit Code-a-thon in collaboration with the Office of the National Coordinator for Health Information Technology at the U.S. Department of Health of Health and Human Services.