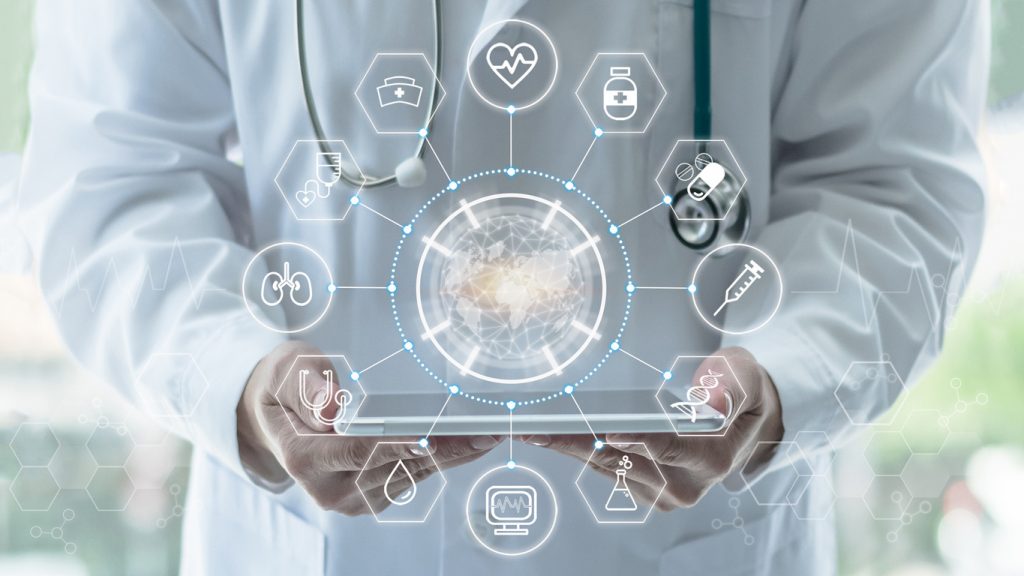 Ever since bitcoin hit the scene in the late 2000s, leaders in a variety of industries have been exploring how the data technology can improve their businesses. Healthcare is no exception.

But where does blockchain in healthcare stand today? Is it being used in practice, or is it still more of a promise?

Note: His responses have been lightly edited for clarity.

How widespread is the use of blockchain in healthcare?

The exploration of it is very widespread. It’s most of the major pharma companies. Most of the major payer-provider organizations are exploring it. As for using it in their applications, it’s not as widespread in healthcare as it is in, say, finance, where it’s matured quickly. And some of those challenges are because of the regulatory aspects of it, or because of the trust aspects and the governance.

There are a number of what I would call small-business or small-consortia applications that are out there. But any widespread adoption of it has not really taken hold yet.

Blockchain is said to be a secure data system. What will it take for blockchain to be more widely used to protect health data?

Now, many major health organizations haven’t really set up a standardized system to respond to that, and there hasn’t been a huge public demand for it yet. But we see that growing and increasing. One group that has is the VA. They’ve set up what’s called a Lighthouse API — the ability for individual veterans to download their electronic health records.

We have a project with a nonprofit called Dixon Center for Military and Veterans Services, and we’ve set up a user interface that allows them to use that access they have to their own data. With blockchain, you can actually have that data validated as not being tampered with, making it more clinically accurate, actionable and relevant rather than something that they have in a paper file that may or may not be trusted.

Where else do you see blockchain being used in healthcare in the future?

We really think that blockchain is the necessary tool, along with privacy, to make health AI much more viable.

There was a Nature Machine Intelligence paper last year that looked at 2,000 papers that have been published on AI for radiology applied to COVID and COVID detection. And what they found was zero of those 2,000 had clinical relevance.

I fear that a lot of health AI is not applicable in a health setting. But by giving it explainability, by having that blockchain audit layer underneath, by making more data available with that incentivization and then empowering of patients, we think that blockchain can be an underlying empowerment for health AI. And that’s where a lot of the business model and attraction will come from.

Read Original Article Here
Shopping Cart
A short note on cookies. It’s very short because we don’t use them. We do not collect your identified or de-identified personal data without asking you for it. Ever. You’re welcome!
Manage consent